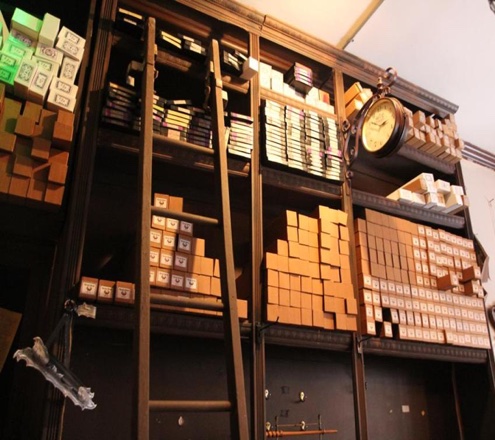 Throughout the late 20th century and into the new millennium, new classics were born. This couldn’t be more true of the works of J.K. Rowling and her masterful work on the infamous Harry Potter series. Since the original 7 HP books were published, Rowling has continued to inspire generations of readers to develop and grow an empire of wizard culture. Whether you’re sorted into your Hogwarts or Ilvermorny houses or have just began your wizarding world journey, you’re sure to find similar company. Within the vast fantasy world of HP, we stumbled upon Alivan’s, which is a real-life woodworking group that produces replica and custom magic wands for its customers.

We know what you’re thinking. How the hell is this vintage? Bear with us- the woodworking itself and craftsmanship, as well as the intersection of literature are the draws from the retro perspective. You see, preparing a wand requires a steady hand, lathe techniques, and other tools of the trade. We are sadly in an era that is only just now re-allocating value in intricate crafts and vocations. In Alivan’s case, they capitalized on a high-demand media market that targeted the gigantic fan base of Harry Potter. Using an age-old technique with a new spin (lathe pun intended) is just another brilliant way to mesh the old with the new. In many ways, the literature foundation for this entire fan base is just another call back to the classics. HP could have easily been exclusively movies or online comics, so to have this fantastical world all spawning from books is humbling to us at RRBlog.

Alivan’s in particular is a small group out of Florida that models itself from Ollivander’s wandmakers (featured in books and in movies) that embodies the do-it-yourself spirit of the American dream and the essence of a thriving small business here in the States. The art of woodwork is something dating back far into yesteryear

I am glad to share a few pieces from Alivan’s and you can see the vast range of care and craft dedicated to this style of wood work.

This is a Finnias’s choice wand from the recent Fall grab bag they have offered, the design and notches as well as in the wood grain itself! 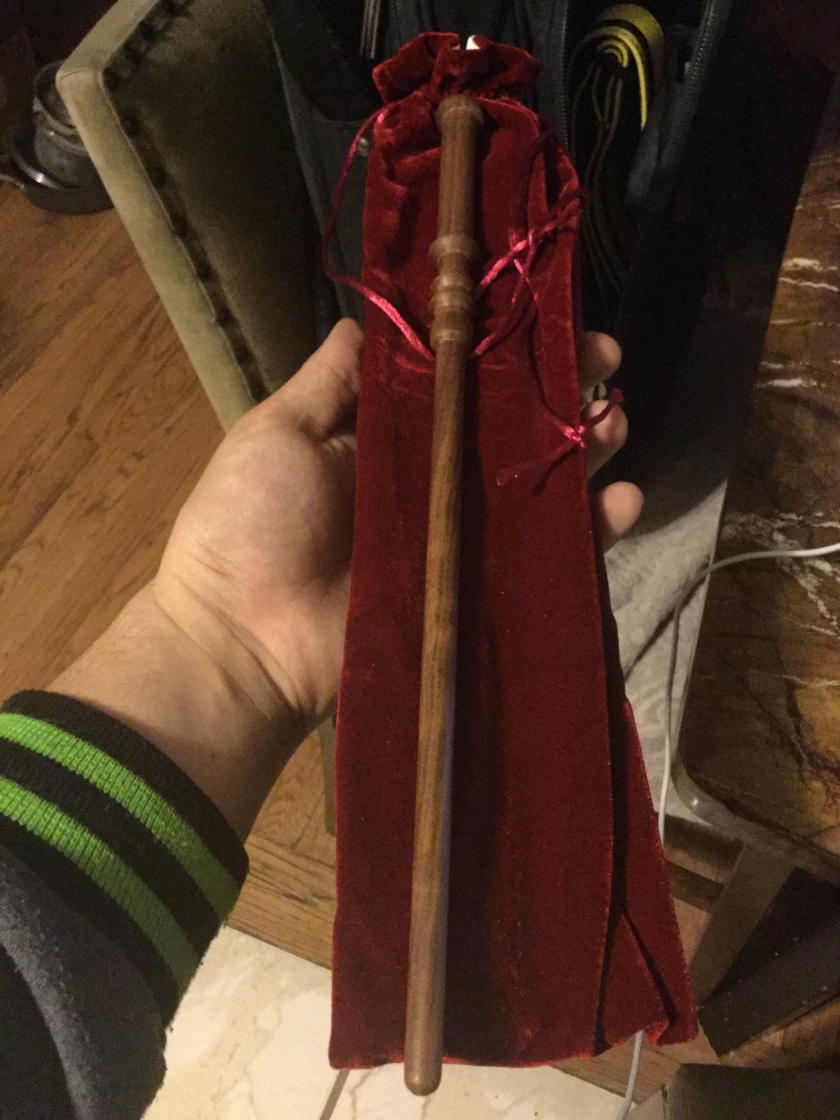 Next step is a beautiful limited addition piece from their collection utilizing wood from trees from the actual film set where the Hogwarts castle was set! With a stunning combination of But I believe to be maple for the shaft, and burled oak got the handle, Very much a more detailed piece in comparison to others, but the attention to detail shows very much why it is important to maintain define craft of woodworking and in a greater context as far as my own experience the art of building instruments by hand, be they magical or musical or both.

Next up is a very very special piece, the custom re-creation of my own pottermore designated wand, If you are yet to start yourself into your house or have your wine Sarah Moni done I highly recommend it as it is very entertaining and can serve as a pseudo-personality quiz without necessarily being scientific in anyway. Some interesting trivia regarding the potter more designs themselves is that there is roughly 4 different handle shapes, you can see the attention to detail in the crafting of a round hilt for the handle and lines in the handle itself, You can see the character and ways that these designs can play into the known universe of the novels and films. 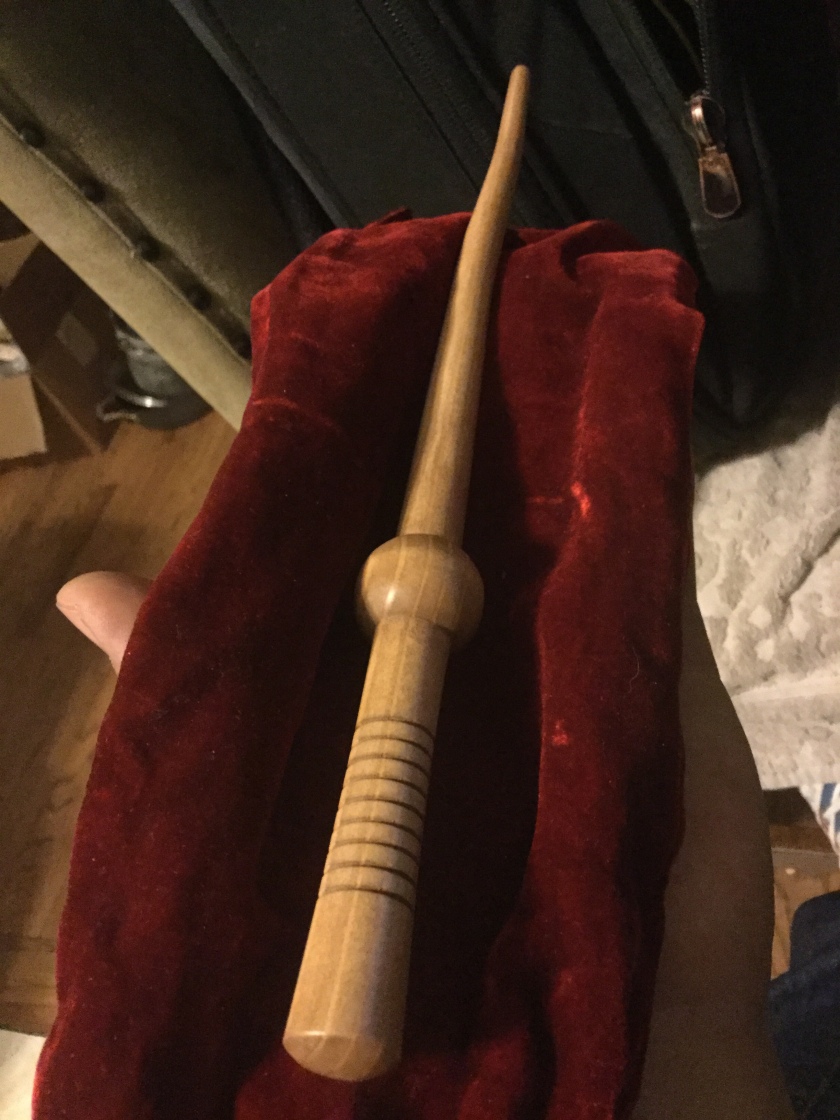 And celebration Of the film released today, we are also very glad to present the ash wand, which is the Alivan’s version of the Newt Scamander wand. While not picture-perfect to the noble collection offering this is something that like the others has a great sense of craft involved in the more my new details, the different ridges and curvature is in the wood itself and the paint job, even featuring some silver paint where there’s oyster imitation material in the noble collection one. 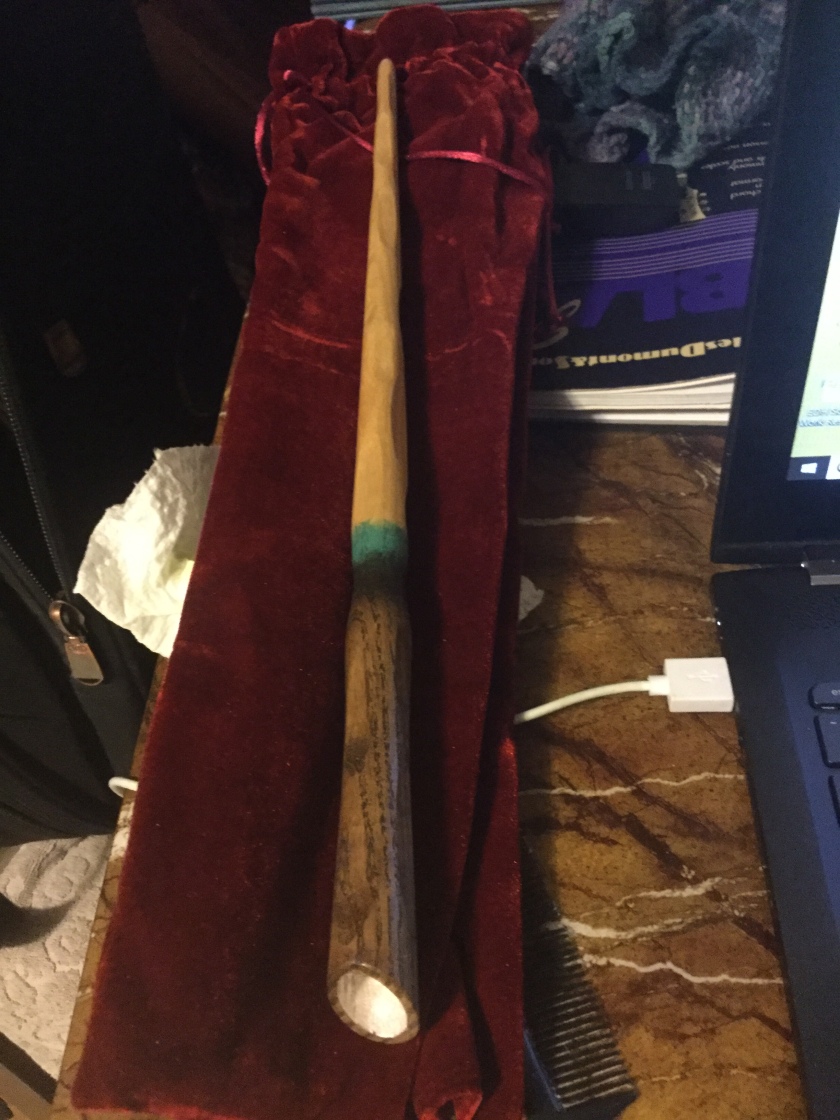