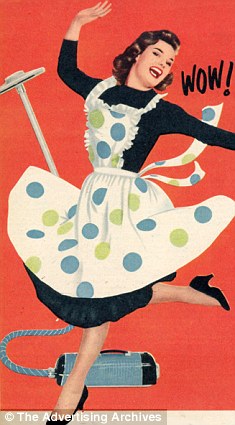 As many of you have guessed from the pop art image we’ve been using to share these posts, it’s pretty clear that midcentury housewives had a killer sense of style on top of everything else they did. These women, despite the constant attention being drawn to keep a home and raise the children, found time to put on the ritz. Apron included, these model maidens managed to make themselves look like the perfection they sought after. Whether it was taking that extra few minutes to make hairpin curls happen or ensure that her skirt fell just below her knees, attention to details made their era of class a memorable one.

Why did they go through all the extra trouble, though? Didn’t these women have some of the highest levels of social and familial pressures and obligations?

It makes it challenging to believe they had any time to themselves. But the one thing that gave some time to the tireless midcentury mama is that they weren’t obligated to be breadwinners. With an adjusted tax rate on the rich with far less withholding for the middle class, in conjunction with a higher valued dollar (USD) at the time, one parent working was enough to support the family. It helps also that internet, TV, and cell data fees weren’t in the budget back then. So with dad out at work, mom was left with the housework and shopping, but also with a fair share of her own time. It may not be much, but it was just enough for the midcentury housewife to treat herself to the little joys like sewing herself something that makes her feel beautiful, visiting the salon, or kicking back with her favorite tea and books. After all, the kids didn’t get back until 3:00pm.

There were several additional reasons that the spare time of a midcentury housewife was often spent beautifying herself. First was social norms: America had adopted a very collectivist means of propaganda to support the country in World War II. This meant that women were included in the passive aggressive tactic of modeling excellence in aesthetic and efficiency during a time where production was crucial to win the war efforts. From the 40s, the collectivist approach cadenced into a lingering sense of contribution toward the greater good of America. One clean, neat, and lively wife meant that the image she produced was setting a higher standard and represented the country well. (And so, in several media-encrusted situations, competition between the ladies in this era erupted…)

Another such reason for the wives of the midcentury looking so impeccable was their desire to maintain a sense of sophistication meshed with youth. Many instances arose at the time ‘Astronaut Wives’ was first published that the cover art wasn’t beliveably the actual wives- but this fact was debunked as readers became culturally aware of the variation in styles from that time period. In fact, youthly looks (like form-fitting clothing and ratted hairstyles) were often reserved for teenagers, while women in their twenties through forties had a distinct uniqueness to their getup. Preserving that image, (flared skirts, high-heeled shoes, organized colors and few patterns, and modest blouses), meant that the housewife was capable with ease to uphold her status and do so with grace.

It makes us wonder how this new generation of wives will set the standards for themselves, no? Stay Curious!