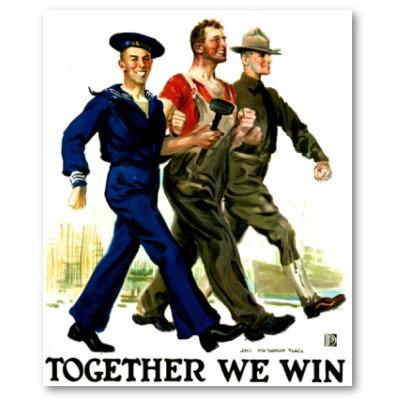 In March, one of my closest friends decided it was time for him to go to boot camp to become a member of the United States Navy. It’s anxious and hopeful news for all his family and friends. The ambition and drive it takes to embark on a journey like this is quite outstanding, to say the very least.

His enrollment in boot camp has my gears turning for all the unity and patriotism that has been documented and centralized around the servicemembers of the USA over the years. Primarily the two World Wars sparked a massive movement for American culture, unity, teamwork, and a spirit of being ‘all in this together’. One thing that young women would do for these men (gender segregation was still quite prevalent back in that age) while they served abroad is write letters back and forth to bridge the gap of thousands of miles traveled from home. Naturally, I decided to do the same for P. since boot camp is noted for its extreme physical demands and mental discipline.

In general, before the 1960s, there was an association between contributing to war efforts and benevolence in America. Of course, wherever you come from, there is a sense of pride attached, so this isn’t all that uncommon. What none of these predominantly young women (and the servicemembers’ families) didn’t realize was that these letters would profoundly affect the future of giving to American troops abroad. Today, we observe things that go above and beyond the call of need-based care packages overseas. Operation Shoebox, for example, takes the idea of packing supplies and letters to a whole new level and truly personalizes the experience of gift receiving for the armed forces. It is an excellent and simple notion of patriotism and pride to support just one person.

So P. and I, although he doesn’t yet know I’ve been writing about his recent pen pal history, have been in the same circumstance. His boot camp sure isn’t overseas, but it still took him many miles from home. Check out some of these letters back and forth from the two World Wars! For security purposes, I can’t disclose the letters I’ve sent back and forth with P., but I can say that there was a twang of homesickness at first. I think that the support and motivation from us civilians back home gave him a great sense of determination and drive throughout his experiences. For all that you do- thank you so much for serving our country! Cheers and congratulations on graduating boot camp, P.!