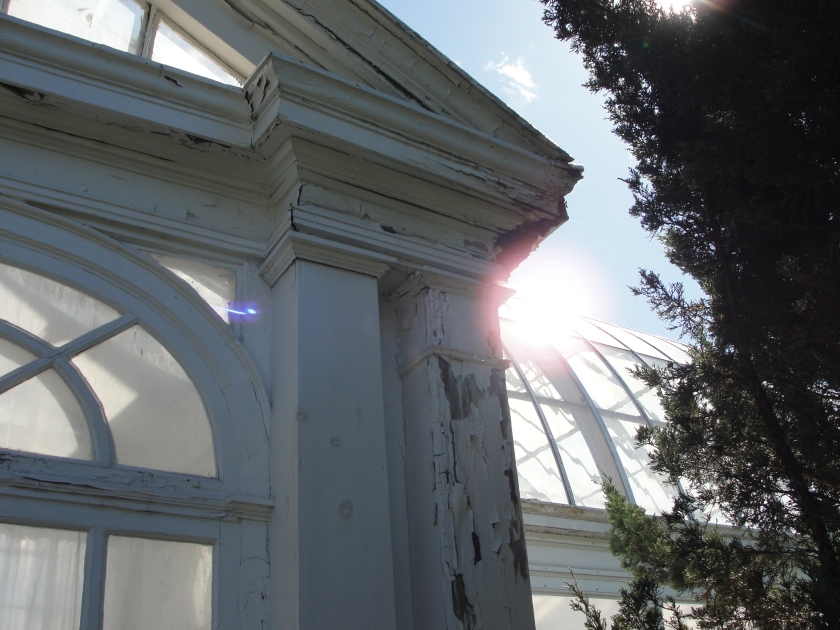 Strange how such a darling parcel of the world can cause such a stir in our modern world. During the Retro Revival’s field trip to the Duke Estate this past weekend, we couldn’t help but document two rather ‘big deal’ questions:

So let’s start with part 1. The phalaenopsis Doris, as described by its very caretakers from decades past, is an all-white orchid with round petals. Sounds easy right? See them in shoprite all the time? Not exactly, dears. The difference between the P. Doris and a common white orchid is that the middle, near the stamen is also moth white. A common orchid that you can find both in the stores for your home and in the orchid range at Duke Farms has a distinctive yellow center to each of its flowers.

Another curious marker that we foind at the orchid range during our media escapade was the labels on individual plants that were similar to the P. Doris we sought after. Take a look at these fine flora to see the differences:

Trying to Bring back Doris? 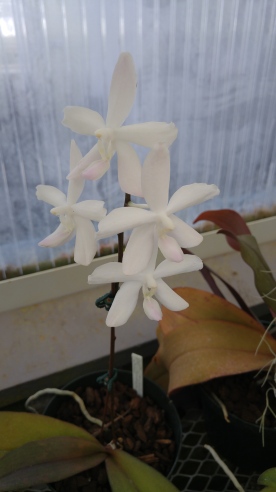 All white but not a phalaenopis….

Now let’s shift our attention to another section of the property. The Garden of Nations was torn apart in 2008 because (according to savedukegardens.org) the executive director at the time explained that the time of display gardens is behind us, or something to that nonsensical effect. The structure that encased the spectacular gardens, however, is still standing. It was built in 1917 following the design of the renowned Horace Trumbauer. Commissioned by James B. Duke, the plans were initially carried out to house crops for the family to eat at their estate home. Upon his death, Doris found great solace in her father’s creations and during the middle of teh 20th century, she modified the conservatory to become a series of display gardens to honor her father’s legacy at Duke Farms. The gardens were first opened to the public in 1964, and continued in such a fashion until 2008. It is well known that many individuals of significance visited the gardens.

Of course, following the dismantling and closure, the struture was left in a state of extreme decay. Following Hurricane Sandy, most of the remaining Italianate Garden was destroyed to a point where the foundation had it removed completely. It is currently used in part for storage of the farms’ spare electric buggies. Foliage has been left to grow rampant, and some of the glass has either fallen in and shattered or is missing altogether.

The Garden of Nations, and the Duke Insignia 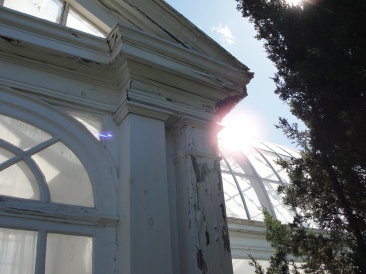 Wood Rot (This Gallery is owned by RetroRevival)

Dr. Emily Cooperman’s testimony on the mansion on the property cites that in order for a struture to qualify for historic significance, the structure “must convey the work of a master”. Well, Dr. Cooperman… We found one. And both Duke and Trumbauer would be sickened at the way that its treated. The cherry picking ends with the house. We can’t allow this to go any farther. “Every new beginning comes from some other beginning’s end” (Closing Time, Semisonic). Please help us bring Justice to Doris.