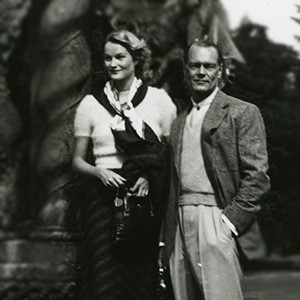 There was an overwhelming sense of success that flooded the room at the “Afternoon with Doris” Event upon entry. Even ten minutes before the start of the festivities, the church was abuzz with happy thoughts and cheerful attitudes geared toward a positive future. Of the speakers on Miss Duke’s behalf, the event hosted Elisabeth and Carl whose lives were spent in part on the lavish Duke Estate.

The first statements were provided by the DORIS group’s representing attorney, David Brook, who summarized the course of the trials. The greatest question he asks the Judge now is “how was this legal process arbitrary or subjective? We all think there is a reason. Question is, what’s their reason?” State officials, elected senators and assemblymen, county and township officials all seem to have the same response: deadly silence. We await the opinion of the judge this coming Friday. We know that the Doris Duke Charitable Foundation used their financial power to intimidate another charity that creates perversion in the case as of the week of Monday, February 22nd, 2016. “We hope,” Brook explains, “that the judge will identify the abuses of power that have taken place here.”

“It is pretty significant that the national parks service spokesperson has prepared a letter in our favor for these hearings” Describes Nancy Piwowar. “All of it is accessible through the DORIS Facebook pages”.

Liz McConville explains the value that Doris placed on her Estate, her home, all while wearing the brass Bull Durham, a gift from Miss Duke, lovingly around her neck. “She donated 400 million dollars to charity in her lifetime. That was for public record. But she also gave millions away privately. What really bothers me is that the millions that she left to her foundation is being used wrongly to tear down her house- her favorite house! I know what her house meant to her. It would be a travesty to everything she stood for across the state and the world to tear it down.”
She also describes what Doris was really like outside the tabloids. “You can only imagine what it is like to have so much money and not know what to do with it! She was difficult and demanding but pleasant and thoughtful. You’ll never know someone that rich in your entire life.” Miss McConville carried on to read a chapter of her book, which is yet to be public.

New events are also brewing with the promise of fabulous springtime weather on the near horizon. The Retro Revival staff, in conjunction with members of DORIS, will be working on long-term projects to keep the interest in the Duke Family legacy alive. Picnics will begin in April, so please keep your calendars ready for some Saturday afternoons. Also being coordinated are ‘Prances in the Park’, a new miniseries spinoff of the Trials of Doris, which will be conducted in a sponsorship fashion. These ‘prances’ will be choreographed numbers performed by anyone who is interested along with the staff of RR, and all monies donated by sponsors will go to a predetermined charity of choice that is congruent with the interests of the Dukes. Some suggestions so far include the DORIS legal defense fund, local animal shelters, preservation efforts, arts, culture, horticulture, and medical fields. More information will follow and a new column will be prepared for “Prances in the Park”. Please email theretrorevivalist@gmail.com for any interested dancers or patrons. ALL PROCEEDS FOR SPONSORSHIP WILL GO TO THE DORIS LEGAL DEFENSE FUND, AND ALL DONORS WILL BE LISTED WHEN A VIDEO IS POSTED. Thank you, and stay curious!