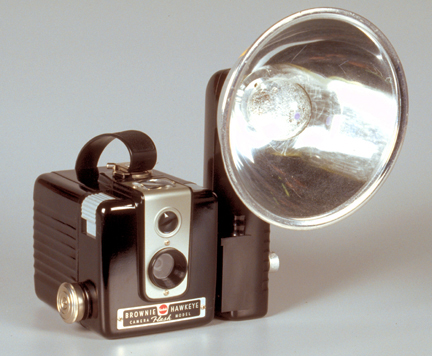 http://jmcs.deviantart.com/ This simple web address is home to the lovely works of a seasoned photographer… he also happens to be a dear friend. After many scenic outings and lots of pleasant conversation, I’ve compiled a short history of photography and its earlier contents. One of the claims that Mr. Shulack describes to me often is the notions of modern photography and the roles that film and print have played in years past.

He approached the topic enthusiastically, probably because he’s avid about his craft, and gathered several pieces of medium to illustrate to me his every point. All the senses are captured in pictures, Joseph explains, and that taking pictures is an experience that engages the subject and the photographer alike. “Things in the 1830’s-1850’s set up how, and why they [photography] progressed this way”

In the 1800s, photography was in its infancy, and often performed with the help of chemists or pharmacists because of the harshness of the materials used to develop pictures (daguerreotype) and the specialised preparations needed. Over time, we noticed a change in the pace that introduced glass plates, most famously found in the Bonnie & Clyde Museum, and also featured in an episode of ‘American Pickers’.  As with any other technology, it’s original form (referred to as “Wet Plates”) was rudimentary and obtrusive.  With advances in chemistry, commercial “dry chemical” glass plate came about. These were exceptionally successful because they introduced both a greater convenience to the photographer, as well as much improved separation of grey tones; the improvement trend continued this way for a bit.

Consumer friendliness in the photography industry, Joseph says, was brought on by two major things: “cardboard and roll film, and so was born the kit for the Kodak Brownie #1”. When the consumer was finished with the roll of film, they sent it to the Kodak processing center to be developed and a replacement sent back. The ‘lost generation’ between 1900 and World War 1 signaled a rise in photography while painting declined, which indicated an “intermission in home art forms”, Shulack explains, “It’s called ‘lost generation’ because so few depictions of children were made at this time compared to prior years”. He continues to explain that, “another huge event that made photography viable to the public was technically an accident” I had to laugh because by this time I felt like I was in a specialized art history class, surrounded by rather attractive older cameras and stunning pieces of equipment that I’ve never even seen before. He spoke of Oskar Barnack, a German hiker and engineer who contracted chronic asthma later in life, and as a result couldn’t carry heavy equipment on his treks.  Mr Barnack ended up kitbashing together a camera that used conventional cinema film as still film (later known as the 35mm format).  While this was not a popular format upon its conception (mostly the place of amateur newsmen and shoestring-budget street photographers), it would become so later.  We then jumped to the 1960’s, an era where colorful pastels and interesting prints made subjects turn into pop art all over. Joseph sipped his tea and said simply, “a 35mm film camera was what made the camera accessible to millions globally”, and he sniffled his head-cold sniffle again.

Sitting next to me on my right was the loveliest piece in the most mint condition I’d ever seen. While bickering about his stuffed up nose intermittently, I flirted heavily with his box camera, a Kodak Brownie Hawkeye. He took to my unabashed admiration quickly and explained that medium-format box  cameras were popular for domestic use and became excessively desirable in the market, with its peak during the 50’s. Across from me, also grappling with my attention from the box camera was a mamiya rb67, affectionately ‘the anchor’ for being ridiculously heavy. Its significance is in its manual design even in modern manufacturing, making it the most traditionalist piece of photographer’s tools there is (short of a view camera).

After the brief history lesson and 4/5 a cup of tea, I asked one simple question, “What concepts can we derive from photography then that can revive this form of art presently?”. He sat back. Sipped more tea. Breathed a heavy sigh, and gave me a look. I sat there with my fingers ready to type out something profound and quote-able, my glasses sliding back down my nose. In an instant, I realized where I was, what I looked like, why I’m typing this. Another circle skirt tickled my shins under the table. I smiled, and he answered, “previsualization: one thing that is a huge problem with photography nowadays is digital itself”. The problem is simple; it is cost effective and the cost on photography is immeasurable. “With film, you have to understand your shot before you took it, and it cost you money per shot. [Digital photography] has devalued worth of finished images, because all digital [pictures] can be deleted, and it all takes less effort, time, and skill to capture something beautiful.”

“What my main problem is, you could say, its with the photograph being seen as something that, if taken enough of, you’ll eventually get something of value. no other form of art is like that. if you give the same monkey a paintbrush and tell him to paint a million pictures instead of taking a million photographs, he will not master pointillism or create works such as those by Rembrandt. In the past, the monkey would have never been able to create photographs like those of Galen Rowell or Alfred Steigletz.  However, this could mean a new dawn for photography as a primarily communicative tool with artistic merit, rather than an equally communicative and artistic tool as it was thought of in years past.  You never know what’s lurking around the corner, and I can see no better outcome.”

I think that Joseph has a lovely set of points here and is, within himself, rather traditionalist. The simple, effortful craftsmanship is clearly valuable to him and his own work reflects careful attention to detail. I should probably say also that each of these unique cameras offer a different image that captures a moment in time. Each perspective is unique to itself and Joseph is a leader in emphasizing their contributions to how we perceive the world through film images. It was a pleasure to take care of my first interview with such a dear friend, and I look forward to more retro road trips in his company, and with the company of his many lenses to capture time. If you can make time can stand still for even the smallest instant, there is so much we can learn from it.

One thought on “Capturing Time”