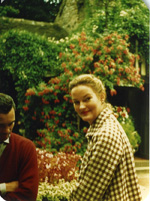 In this exclusive column of the Trials of Doris, we have taken a severe interest in the blemishes that the Doris Duke Charitable Foundation gave itself. Of these, we are going to explore two conversation starters: noncompliance with the last will and testament of its benefactor, and the curious case of a loan from the state, even though this private charity doesn’t accept money.

The first portion, regarding non-compliance to the final will and testament of Doris Duke herself, is probably the most inappropriate of all their actions. Think of it in simplest terms: a tenant (the Doris Duke Charitable Foundation, DDCF) signs a contract (the will in which the foundation was created). The will is a legal document. So if we abide by basic laws, failing to adhere to a contract means that deviant actions are subject to penalty. By that very generic legal staple, several aspects of Miss Duke’s will have been violated.

First, 2A2 of the will indicates that the ‘parks area’ which we are all familiar with, is to be used to “provide an enclosure to protect endangered species of all kinds, both flora and fauna, from becoming extinct”. Why then, was there a hunt permitted after her death to remove the animals from her farm? Albino deer, swan, other waterfowl and creatures disappeared. Congruent with this discovery, any visitor to the farms can see the deer fence erected around the entire property that now forbids deer entry to the area, where they once roamed freely. We don’t ever hear of the Doris Duke Foundation for the Preservation of Wildlife. It should, but doesn’t, exist. Ironically, the directions for the Somerville estate (Duke Farms) are first on the will, probably indicating that it was her greatest priority, regardless of what the tabloids suggest. Reference her will here.

Furthermore, what has become of the Duke Gardens Foundation? This Foundation was cited in the will also. Similarly to the foundation established specifically catered to the preservation of endangered species, this subdivision of the Doris Duke Charitable Foundation has mysteriously faded as of 2008. Why? The Princeton Packet reported on April 11, 2008, making the erroneous statement that, “According to foundation sources, the day of the display gardens is past. They consume an inordinate share of financial and staff resources, they would require a very expensive modernization…” (Citation here) Certainly the storage shed it is used for now far better  reflects the love that the Duke family had for nature and its beauty. What gives the DDCF the authority to cherry-pick and terminate programs that were set forth to be adhered to?

Now let’s talk about that loan. One of the greatest and most timeless characteristics we advocate for at the Retro Revival is authenticity. Here, we observe something contradictory: $55 million dollars is nothing to scoff at, even for a charitable entity worth close to 2 billion dollars presently. This loan and bond deal was set up by Duke Farms to pay for the ENTIRETY of the work for the restoration of the Farm Barn orientation center and other changes made to accommodate visitors in 2009. The New Jersey Economic Development Authority was used to acquire these funds, which were our tax dollars. The Farms did not raise any money for these renovations. So is this a private charitable foundation, or is it truly supported by state-generated loans? Unfortunately, it can’t be both. If we use this logic and ask them to borrow more money, why aren’t the greenhouses or her residence being restored and preserved for visitors in the same, equal, and just fashion?

Let’s just say the financial inconsistencies don’t stop there. The foundation refuses to charge fees for tours of the mansion as suggested by the public, and during the destruction of the Garden of Nations, they also claimed to be in the process of a completely free visitor’s experience. Why then does their website advertise programs that people can sign up for? These programs aren’t cheap either!